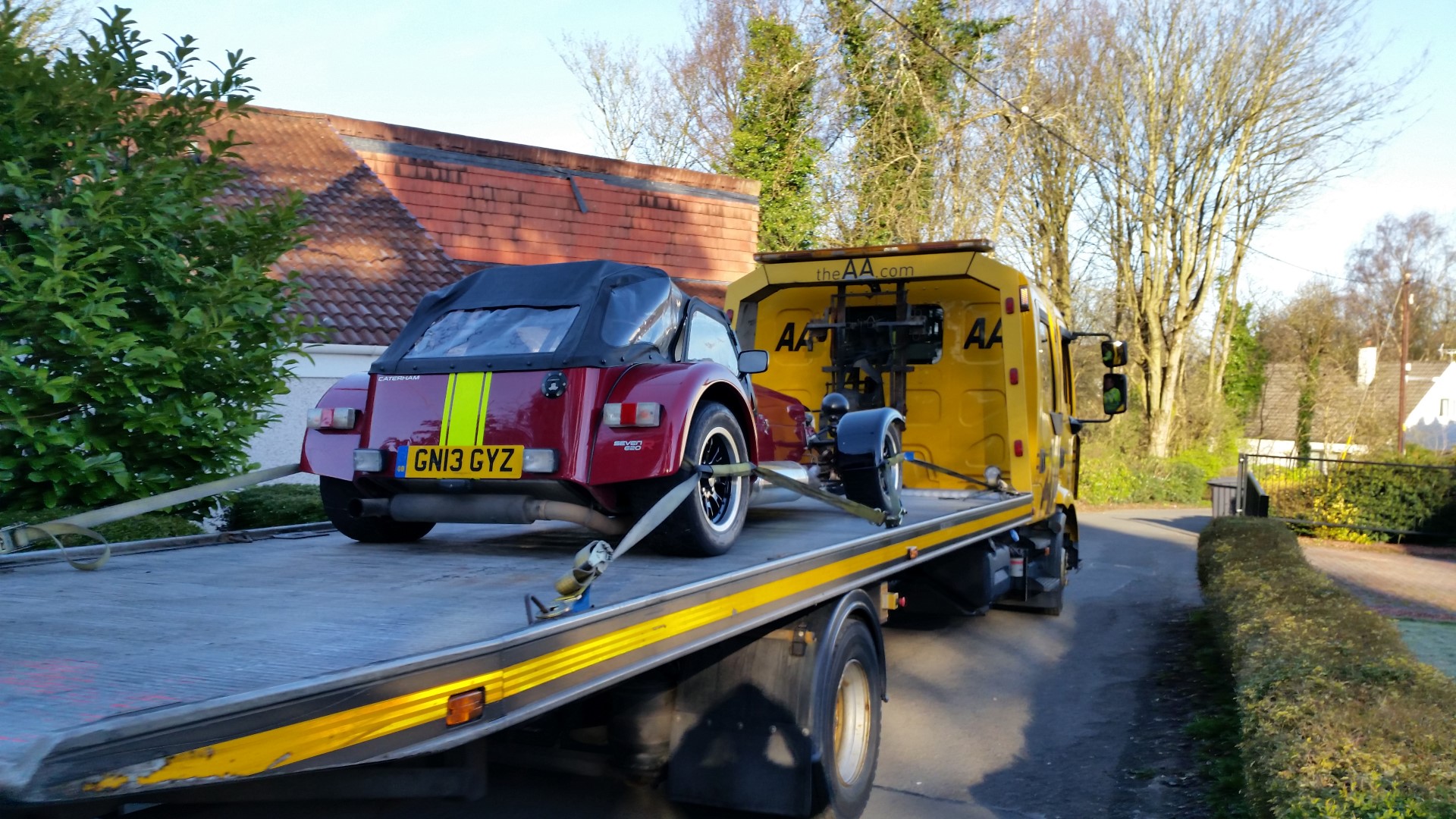 So the first dry driving in the 620R hasn’t resulted in a good outcome.  Initially the car was fantastic, but it suddenly started misfiring.  In order to expedite the diagnosis we replaced all the immediate suspects – new plugs, coils, coil harness but still the misfire persists.

In addition to this the rear exhuast has split open and is showing its packaging to the world.

Further diagnosis is performed – misfire localised to cylinder 4.  Compression testing performed and injector swapped.  No change and no indications of anything untoward.  At this point given the car is under warranty and only a 200 miles into ownership it is decided to have it recovered to Caterham as it is likely ECU/electronics issues – the AA (Caterham’s recovery provider) sent the world’s longest flatbet to collect.

3 days later Caterham confirmed the ECU is at fault and has been replaced and the misfire cured.

While at Caterham they also upgraded the intercooler and they detected slight clutch slip, so in all the car came back with new ECU, intercooler, exhaust and Clutch.