A few pictures here from on of our regular trackies ’96 Caterham Supersport that RSR have inherited the maintenance for.  When bought there was a tall tale of a recent engine rebuild from a “reputable” Caterham specialist in Scotland.  There was a tapping noise from the top end so the owner took it to another well regarded garage in the Glasgow area for work on the tappets, suspension setup and oil change.

Unfortunately the garage doing the oil change had left the cap loose on the dry sump tank, meaning the oil exited on track and the engine was significantly damaged.

At this point the car came to RSR.  We discovered a few things after removing and stripping the engine.  Firstly this engine hadn’t been stripped down for a looooong time, the sludge in the sump was undeniable.  There was a number of bodges/fixes indicating the prior garages did a cheap/rushed job. Furthermore the fact it had hydaulic lifters and not the solid ones claimed by both prior garages indicated that neither had performed the work as claimed (and invoiced for).

RSR rebuilt the bottom end to correct the known issues and all was well.  About 1000 miles later the engine started to smoke so we pulled it out again.  This time there was an issue with the top end – extreme carbon deposits on the top of the pistons indicated the car had been misfuelling for a long time.  Unfortunately this time the damage was terminal with bore scoring so a new block and pistons were ordered from Scholar, the engine was fully rebuilt and the engine correctly remapped to ensure the proper fuelling was being used.

Since the rebuild the car has driven exceptionally well and achieved some very good sub-60s lap times at Knockhill.  That was until the clutch failed at a set of traffic lights.  3 hours later the RAC turned up and the car was brought back to RSR.  A new ceramic clutch has now been fitted which should last for a long long time. 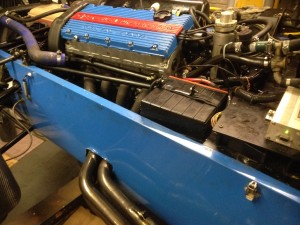 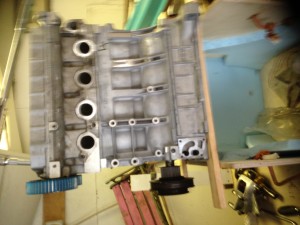 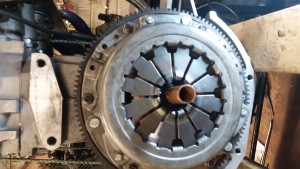 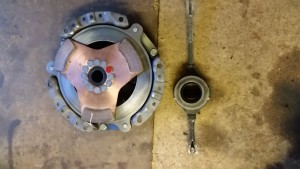 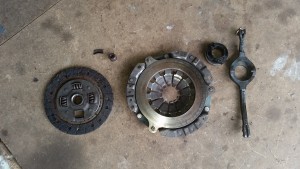